Custos Emeritus of Manchester, the Honourable Dr. Gilbert Allen, CD, JP was a humble, committed and dedicated individual who exemplified the meaning of selfless service. His entire life was devoted to caring for his patients, serving the Parish of Manchester and the Nation. Family, friends and well-wishers are invited to share their treasured memories here:https://www.remembr.com/custos.emeritus.of.manchester.the.honourable.dr.gilbert.allen

“The country has lost a former Statesman who made an outstanding contribution to national life,” Sir Patrick stated, adding that   “Ambassador Johnson will always be remembered as a quiet but effective Parliamentarian and Government Minister who served with distinction in various Ministries including Education, Technology, Industry and Commerce, Agriculture and Mining”.

Ambassador Johnson was an accomplished diplomat who served with distinction in the United States, United Kingdom, the Republic of Finland, the Republic of Ireland, and the Kingdoms of Sweden, Norway, and Denmark.  In 2016, he was invested with the Order of Jamaica for his outstanding contribution to the country.

Ambassador Johnson, who served in both Houses of Parliament, was also a University Lecturer and published author.

The Governor-General noted that, “Ambassador Johnson led a full life which crossed disciplines to include media, academia, politics and economics, and was a pioneer in some areas.”

His Excellency said, “Lady Allen and the King’s House staff join me in expressing our deepest condolences to his widow, Pamela, children and other family members on their loss.

The Governor-General described Mr. Sharpe as the consummate journalist, media professional and media educator who had a healthy respect for nationhood.

“Mr. Sharpe was visibly passionate about his craft. I found that he was a true educator – inside and outside the classroom – committed to developing the next generation of media professionals.

“Mr. Sharpe will always be remembered for his contribution to the Social Programmes of the Office of His Excellency The Governor-General and Staff, particularly for facilitating the broadcast of The Governor-General’s Achievement Awards’25th Anniversary Programme from the lawns of King’s House in November 2016,” Sir Patrick noted.

The Governor-General added, “It is my hope that Mr. Sharpe’s passion and commitment to firm journalistic judgment will live on in the many students he has trained throughout the years.”

Sir Patrick said Lady Allen and the King’s House staff join him in expressing their sincere condolences to Mr. Sharpe’s immediate family, the Staff of the RJR/Gleaner Communications Group, his colleague journalists and friends. 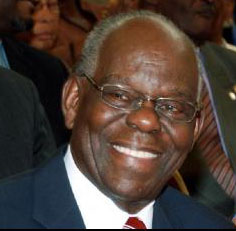 Governor-General Sir Patrick Allen has expressed deep regret and sadness at the passing this morning of the former Custos Emeritus of Manchester, the Honourable Dr. Gilbert Allen, CD, JP.  He was appointed Custos in February 1994 and served for 17 years until his retirement in June 2011.   He acted as Deputy Governor-General on several occasions.

The Governor-General said, “Custos Allen was a humble, committed and dedicated individual who exemplified the meaning of selfless service.  His entire life was devoted to caring for his patients, serving the Parish of Manchester and the Nation.”

Sir Patrick noted that Custos Allen’s quiet dignity and unassuming personality endeared him to people who were drawn to his outstanding strength of character, integrity, and generosity.  He was respected by all individuals with whom he came in contact and was a model for Custodes.

Custos Allen enjoyed a successful tenure and had an excellent relationship with his Justices of the Peace and colleague Custodes. He was actively involved in volunteerism, encouraged young people to achieve their educational goals, and demonstrated a duty of care for the less fortunate in the area of health.

A skilled surgeon before his appointment as Custos, he worked for many years at the medical facility at the Alpart Bauxite Alumina Company in St Elizabeth, and often provided free medical services at local hospitals.

The Governor-General noted that Custos Allen leaves a proud record of public service to religious and voluntary organizations in the fields of Health and Education.  Many primary and secondary students have benefitted from the Gilbert and Georgia Allen Education Trust.  Custos Allen received numerous honours and awards in appreciation of his outstanding work.   He was a visionary who had a passion for Manchester, and continued working fervently on plans for the development of the Parish.

Sir Patrick and Lady Allen have conveyed condolence to his widow, Georgia, daughter, Jada, son-in-law, Ray, son Denny, sister Eulalee, grandchildren, other immediate family members, and friends on the loss of this faithful servant to the Nation. 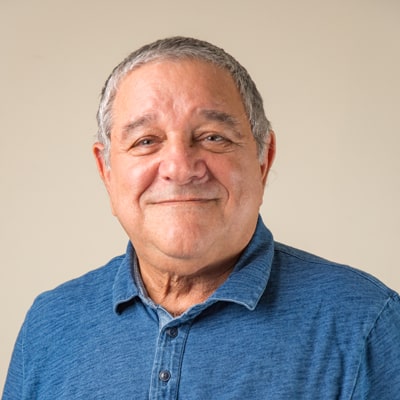 In a statement His Excellency said, “Lady Allen and the King’s House Staff join me in expressing our deepest condolences to the family of the late Mr. Mahfood.

Mr. Mahfood was a transformational leader, entrepreneur and philanthropist, whose contribution to national development through the manufacturing, retail trade and people empowerment, was significant.

He will forever be remembered for his contribution to numerous national welfare initiatives and his work with Food for the Poor. King’s House is particular appreciative of his unswerving support for the Governor-General’s Programme for Excellence.

Mr. Mahfood was also known and will be remembered as one who had great respect for the natural environment.

His widow, Laurie, children, William, Samantha, Michele and Julie, grandchildren and the extended Wisynco family are in our thoughts and prayers at this time.”